When Al-Corn Clean Fuel planned its 70MMGPY expansion in Claremont, MN, the project required expertise in electrical engineering, construction, and automation. Interstates was able to provide all these services. With thoughtful planning around weather and a focus on reducing risk in the face of trade stacking, the expansion was completed smoothly and safely.

Before the expansion and modernization, Al-Corn Clean Fuel produced 50 million gallons of ethanol per year, along with 132,000 tons of high-protein livestock feed, 12 million pounds of corn oil, and 70,000 tons of beverage-grade carbon dioxide. 1 Notably, the plant has reduced its water consumption to less than 2.4 gallons of water per gallon of ethanol – making it the first ethanol plant to achieve “zero liquid discharge.” Al-Corn Clean Fuel’s commitment to energy conservation has reduced the plant’s energy use by more than 35% compared to the original plant design.

Interstates, with its longstanding commitment to lean and agile methods and projects, was a natural fit for the plant expansion. The scope included an entirely new grains facility, process building, dryer and centrifugation, combined heat and power plant, ethanol storage and load out, and the demolition and remodeling of some existing buildings. Kaleb Lloyd, Senior Project Manager at Interstates, says that doubling the capacity of the plant and smoothly integrating old and new were some of the main project goals. “Safety was also a top priority. We worked safely with the other crews and there were no major injuries,” he says.

While the project as a whole went well, there were the typical bumps along the way. “Weather was a challenge working outside during the winter in Minnesota,” says Lloyd. Trade stacking and the timing of major equipment deliveries, including having to reorder a large turbine, were also frustrating and impacted the schedule. The solution to these problems was top-notch communication and thorough preplanning.

“We planned most of our outside work to happen before winter hit,” says Lloyd, “and saved the interior work for the coldest days.” To get equipment delivered on time, the Interstates team worked with vendors to expedite service. “We worked hard to get them just-in-time information so that they could fast-track equipment, which made sure we weren’t holding up the whole show,” says Lloyd. He notes that communication among different trades was very good on this project, which helped in sequencing work and positively affected the entire operation.

There were unique challenges on the automation side of the project. The original plant used a DeltaV platform while the expansion would be on a ControlLogix platform. “We saw this as a risk,” says Jason Breidenbach, Control Systems Project Manager at Interstates. “We worked with the plant on a plan to replace the DeltaV hardware so the operators would only have one system to work with,” he says. Replacing the old control system hardware and reprogramming was a major undertaking. Several User Acceptance Testing sessions were held onsite to ensure the programming would meet Al-Corn Clean Fuel’s needs. Ultimately, a three-day shutdown was required, with the Interstates team working around the clock. 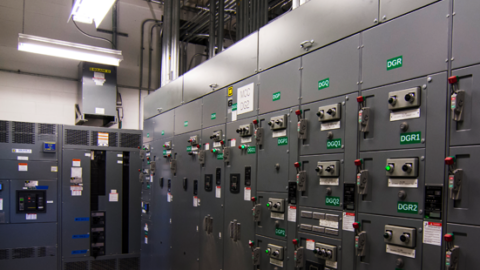 Protect Your Electric Room During Construction

Have you ever felt that grit under your feet as you take your shoes off near the door in the winter? Turns out all those trips out into the snow and ice have created… 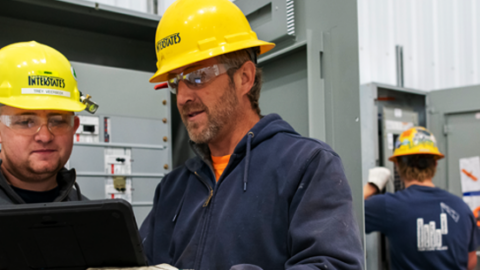 Green Thumb Commodities in Oldham, SD, has been supplying retailers and farmers with seed for forty-eight years. During a new project at its Jefferson, SD, location, Interstates provided complete engineering design, controls…