SIOUX FALLS, S.D. – If John A. Franken could describe his business philosophy, it would be simple: make a positive impact for his customers. That’s just what he did when he started Johnny’s Electric, now Interstates, in the 1950s and that’s just what the company is continuing to do today in Sioux Falls.

With a philosophy that delivers results for customers, it comes as no surprise that the rapid growth Interstates is experiencing has prompted the company to expand earlier than projected.

“We moved into the building we currently occupy in 2014, and our plan was to fill it over the course of five years. Three of our fastest growing teams are located in the Sioux Falls office; Control Systems Automation, Manufacturing IT, and our Business Intelligence group. We knew these would continue to be high growth areas for us and we were prepared to expand. What we weren’t prepared for was the rapid growth we’ve seen in just the two short years we’ve been in the new location,” said Scott Peterson, Interstates CEO. “Sioux Falls has proven an ideal location for us to continue growing our innovative and highly technical workforce, and we’re excited to be a part of the city’s growth. In fact, in order to accommodate our growth, we’ve had to relocate about a dozen people to the Zeal Center for Entrepreneurship office building next door as a short term solution.”

That’s why the proposed 18,000-square-foot expansion can’t happen soon enough. The addition will allow for 70 new employees, which more than doubles the size of Interstates’ current Sioux Falls staff.

“Just two years ago, we celebrated with Interstates when it purchased its new Sioux Falls office. Today, we celebrate with them again and in a big way,” said Gov. Dennis Daugaard. “An 18,000-square-foot expansion isn’t a small undertaking—especially when it also more than doubles the company’s workforce. We’re fortunate to be home to a company that values dependability, integrity, trust, quality and family—a perfect fit for South Dakota’s marketplace.”

“Interstates Control Systems is exactly the kind of dynamic, fast-growing company Sioux Falls works to attract,” said Dziedzic. “Just two short years after acquiring the former DocuTap building from the Development Foundation, Interstates is doubling its employee base and growing its Sioux Falls operation with a $4 million expansion. We congratulate the whole team on their success.”

Peterson says he expects the company will break ground sometime mid-summer and the new addition will be operational by the fall of 2017. 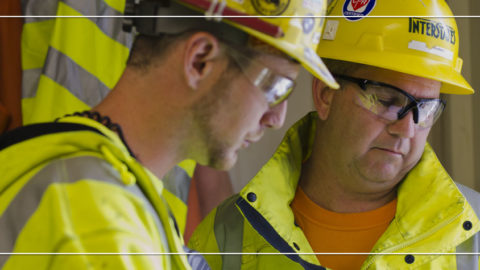 Perspective and New Solutions A change in perspective can often lead to new solutions. In order to fulfill goals across multiple projects for St. Louis-based Bunge North America, Interstates had…