Keeping to the Quality Plan

Interstates recently joined Minneapolis-based Cargill on the construction of a greenfield biodiesel plant in Wichita, KS, which is located next to its existing oilseed processing plant and refinery. Interstates’ Integrated Project Delivery (IPD) team provided the power engineering, instrumentation, controls engineering and panels, and construction services on this project. Prioritizing teamwork and communication, as well as using prefabrication, helped ensure a successful, quality project outcome.

“Cargill has been at this location for a long time, and Interstates has done many upgrades for them over the years,” says Matt Schneeberger, Superintendent at Interstates. The project posed some interesting challenges for the IPD team. According to Scott Koll, Project Manager at Interstates, “The major equipment vendor is located in Europe, which requires purposeful communications and logistics. Also, just working around an existing facility adds to safety concerns.” Schneeberger says that since the utilities portion of the project was finished well in advance of the biodiesel plant, scheduling the rest of the work was tricky. “Manpower had to be ramped back up to finish the biodiesel project, but it was a tight fit with so many trades in a small footprint,” he says.

Koll believes the solution to these problems was found in proper planning and communication. “Interstates held weekly engineering, coordination, and scheduling meetings,” he says, adding, “Our foremen coordinate directly with other trades in the area to work out logistics at the crew level.” There was a lot that went well, too. Koll explains, “We had a great team that would jump in and help each other out, and our teambuilding events helped strengthen those relationships.” He also mentions that utilizing prefabrication for construction took some of the workload off-site and only enhanced the quality of the project.

Jeff White, Director of Technical Services at Interstates, says that adhering to Cargill’s own standards also helped promote quality. “We took steps early on to share Cargill’s standards with the new team, and we also ensured that previous lessons learned at this plant were documented in detail and shared so that everyone could start on the right foot,” he says. This was all part of sticking to what Koll calls the Quality Plan. “The site team helped identify a few potential problems early in the process, which gave us time to work through the issues,” he says.

Lessons learned in the past were combined with innovation on this project. “Something new Interstates and Cargill tried on this project was the integration of wireless temperature transmitters for the heat trace on site. This reduced the cost, labor, and materials on site while giving Cargill more robust capabilities for its heat trace system,” says Schneeberger.

The project is slated to be finished in April of this year. “This new facility positions Cargill to better provide for its local farmers and customers. Cargill already has biodiesel plants in Iowa Falls and Kansas City, so this facility will only strengthen its operations in the Midwest,” says Koll. 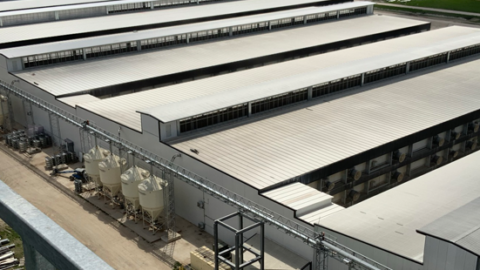 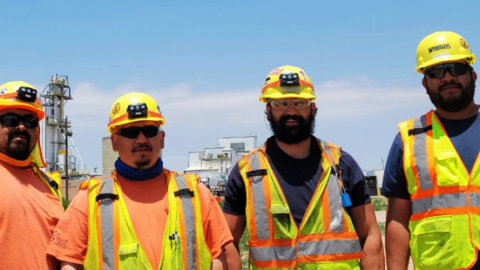 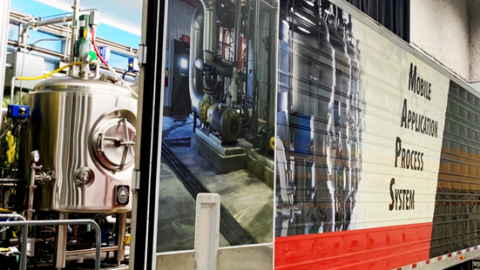