When Interstates took on an electric room retrofit for Ardent Mills in Newton, KS, it was quickly apparent that this wouldn’t be a typical ERx job. Aging infrastructure and lack of space forced project leaders to think outside the box. With collaborative visual planning tools and a lot of patience, an innovative solution was found that has ended up saving the client a considerable amount of money on electric bills.

Ardent Mills, headquartered in Denver, needed to upgrade the electrical systems throughout its Newton, KS, flour mill. According to Randy Noecker, Project Manager at Interstates, “The plant was still on a 2400-volt system, and everything on the distribution side was noticeably old and cracking.” Ardent had trouble finding replacement parts for the old, inefficient system. Interstates’ Electric Room Rx (ERx) program was a smart solution. “We were tasked with putting a whole new service into the plant, as well as rewiring numerous motors that had been piled into the building over time,” says Noecker. The way the motors were set up was inefficient, and it was extremely difficult for plant maintenance personnel to access them for servicing.

The idea behind ERx is to fix problems now before they cause unplanned downtime and costly repairs later. Interstates examines the safety, compliance, reliability, and capacity of a plant. With this information, upgrades are planned and executed. For the Ardent facility, the usual ERx procedure had to be tweaked.

“In a typical ERx job, we replace MCCs in the same footprint, but that wasn’t possible on this project,” says Noecker. “With enough brainstorming, we figured out that we could build a new MCC room adjacent to the old one, which made life a lot easier,” he says. Claiming unused space for a new electric room reduced risk on several fronts. New MCCs could be wired and ready to go before shutdowns, increasing the quality of the installation and shortening downtime for the plant.

While the solution was successful, the shutdowns were complicated and challenging. “Several shutdowns were needed to swap out the old for the new and then tying it all in. With a lot of people working at the same time, and only a short window for turning things around, it could be a stressful environment,” says Noecker.

Davis Fenchel, Integrated Project Coordinator at Interstates, notes that the mill’s location next to a railroad made scheduling tricky. “During the harvest season, trains were in and out constantly. It was challenging to schedule shutdowns while the plant was running at such a high capacity,” he says. Extensive planning preceded every shutdown. One tool that was highly beneficial was whiteboard scheduling. “Quality collaboration on the planning side is what set this project apart,” says Noecker. The large whiteboard planning station was located in a “cove” right under the plant offices. “At any time, plant personnel or Ardent Mills corporate employees could come through and see exactly where we were at and where we were heading. They all loved having that visual,” says Noecker.

Fenchel adds that whiteboard scheduling eliminated unnecessary meetings. “Instead of scheduling multiple meetings to talk about the schedule, we had more impromptu collaboration. This saved a lot of time,” he says.

Tackling complex problems with multiple perspectives and having open, thorough communication transformed the aging plant into an up-to-date, efficient mill. “What strikes me as most successful is that the plant is genuinely happy with the upgrades, and the new electric system is saving them a lot of money because it’s that much more efficient. They are saving $12k a month on electric,” says Noecker. 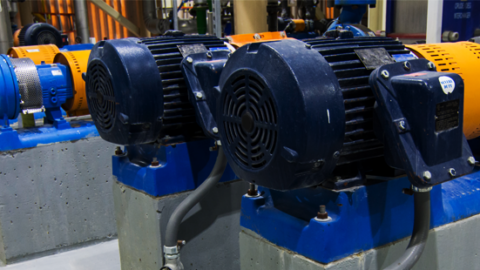 Variable frequency drives (VFDs) are an integral part of process design and plant operations. The advantages of having a variable-speed and reversing-capable motor include greater control of process conditions such as… 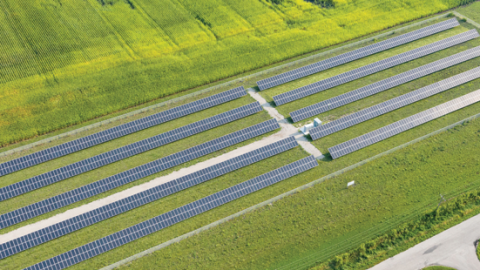 Solar Project Heats Up in Iowa 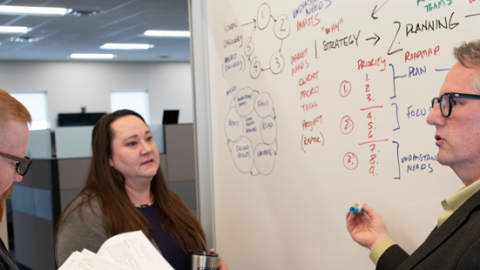 Planning and BIM Create Big Wins for Client and Interstates

The City of Greeley, located in northern Colorado, has been growing exponentially, which means more demand for local utilities like water. The hydraulics of the old facility limited the amount of…