This article was originally published in Current Connections Winter 2020 issue.

Interstates recently completed its largest output capacity feed mill to date in Maxton, NC, for Millsboro, DE-based Mountaire Farms. In charge of electrical construction for the project, Interstates utilized prefabrication and 3D scanning to complete the project on time and with utmost accuracy.

Scott Hevner, Regional Director of Engineering at Mountaire, says, “Our goal was to build a state-of-the-art feed mill in a location that would provide feed for our growing organization and efficiently service our growers in the area. The feed mill would need to produce upwards of 18,000 tons of feed per week and have the ability to receive 110-car unit trains of corn. This new facility accomplishes those goals, provides jobs, and also provides a location for local farmers to deliver their corn during harvest.”

At nearly 200 feet tall, the mill and grain elevators posed logistical challenges for running conduit. “We had to use chair climbers to install the conduit, which required special training and extra time. You also have to think about the additional safety hazards when working at those heights,” says Austin Britt, Project Manager at Interstates.

Powerful, long-lived Hurricane Florence trounced the Carolinas in September 2018. According to the Associated Press, North Carolina alone was forecasted to receive 9.6 trillion gallons of rain, enough to cover the entire state in 10 inches of water. The Mountaire site was lucky: while the surrounding area was devastated by flooding, the project remained above water. “The site was shut down for a few days,” says Jim Higley, Director of Business Development at Interstates. “Contractors on site had to prepare for the worst potential outcome, moving equipment and materials off site to secure locations just in case. Thankfully the brunt of the rain skipped Maxton. It was good to be prepared, but we were glad the storm mostly missed us,” he said.

With the hurricane past, work ramped up on site. The timeline had been impacted, but prioritizing scheduling helped. Joey Posivio, Project Manager at Sioux City, IA-based Younglove Construction, found that the tight schedule forced better coordination on site. “In order to complete the project on time, coordination between Younglove and Interstates had to flow well. This allowed the crews to work with, instead of against, each other and ensured that motors and devices were installed early enough to give Interstates time to connect them,” he says.

Everyone noticed how smoothly the project progressed because of the good rapport among crews and Younglove’s early equipment installation. “Our field staff coordinated particularly well with Younglove’s key leaders,” says Higley. “Austin Britt and Joey Posivio really found a groove when they were coordinating the work efforts at the site,” he says.

When teams work well together, the rest of the project falls into place. “There were a lot of things that went well on this project,” says Posivio. “Interstates’ organizational procedures helped keep the electrical portion of the job on track. These were especially helpful during start-up to ensure equipment and devices were checked out before operating,” he says.

The Mountaire feed mill was able to receive a 90-car train of corn two months before project completion. The feed mill now has two, 90-ton-perhour pelleting lines, with capacity for a third, and a 50,000-bushel-per-hour receiving system. 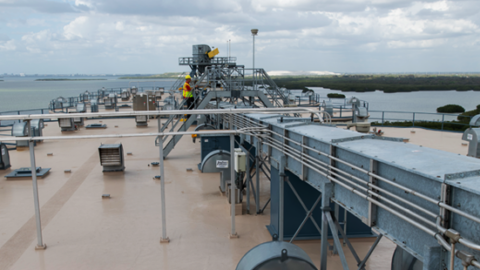 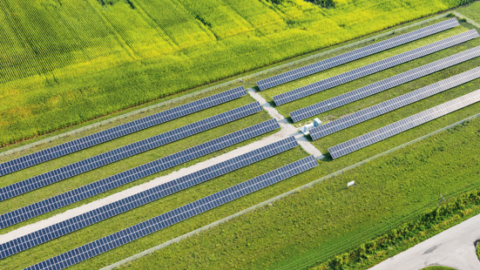 Solar Pays Off: Now is the Time for Commercial and Industrial Solar

Growth in Solar is Led by Falling Prices The cost to install solar has dropped by more than 70% over the last decade, leading the industry to expand into new markets…