Grain quality and how to better utilize people and technology as resources were some of the critical issues covered at the Grain Elevator and Processing Society (GEAPS) Summer Learning Series webinar held on July 8, 2020. Marcus Neal, Grain Market Sector Leader at Interstates, was one of four industry experts leading the discussion.

Neal says anyone involved in the grain industry would find the information useful but particularly those in operations. “GEAPS is primarily focused on operations like grain handling and processing. I was chosen as an expert because I’m kind of unique in the industry,” he says. With grain management experience throughout all regions of the U.S. and also lived in Asia, Mexico, and Canada, Neal’s perspective on critical issues is well rounded. “For twenty-four years, I’ve been directly involved in facility design and operation. This past year on the Interstates team, I’ve been more on the industry support side of the table,” he says.

The panel focused on critical issues affecting the grain industry, and Neal says that instead of COVID-19 dominating the discussion, it was more of a sidebar. The topics more heavily discussed were grain quality, lack of workforce, and technology.

“Each of the experts on the panel talked about grain quality, all from different angles,” says Neal. “My talk was about how proper grain quality starts before it gets to the facility, which can vary greatly from region to region. The way grain handles in coastal Carolina is not the way it handles in central Kansas. Humidity and ambient temperature factors impact grain quality. So, knowing your local conditions and talking to the commercial team and local producers and farmers are essential. Knowing from year to year what the conditions are in a given region will help you plan how to handle that grain in your facility,” he says.

“Overall, the industry is still focused on getting and retaining people. This issue is interesting to me since the grain industry is typically a decade or more behind in technology. We’re just not ‘there’ in terms of how technology can help us solve some of our people issues,” says Neal.

With fewer people coming into the industry than there were ten to twenty years ago, pickings are slim. Additionally, workers who do join the industry aren’t typically from a rural background. Technology and social media utilization could be the answer, but it hasn’t taken off yet. “There’s a general knowledge gap when people from more urban areas join this industry. The goal is not to displace people, but we need to grow, and we need people to be skilled, and we haven’t quite made the shift to using technology to fill some of those gaps,” says Neal.

Technology to Fill the Gaps

Neal proposed that workforce issues could be alleviated by technology beyond using it for recruiting. “The solution could be found in using technology to help monitor grain quality and utilizing automation so that one operator can handle multiple tasks that would traditionally take several people,” he says.

In light of the global pandemic, using more automation and remote work only makes sense. “If people get sick, you don’t have anyone to run your elevator. The time to plan for these things is not during a pandemic but beforehand. We need to think about how we can automate our facilities more to overcome those types of obstacles,” says Neal.

Interstates is tackling these problems head-on with its new Grain Automation Service, which automates start/stop controls and PLCs and utilizes remote monitoring of grain conditions. “The processes that can be automated are numerous,” says Neal. “This service lets you monitor your facility two or ten or twenty miles down the road from a central location. You don’t have to have a body there to monitor that facility day in and day out,” he adds.

The biggest takeaways and trends from the GEAPS panel discussion, according to Neal, were:

Neal says the most important topic to him is moving toward more automation to fill the workforce gaps. “Taking outdated, push-button technology and putting that on a touchscreen at a central location where one operator can do the work of two to four operators at one time – that’s what will change the game,” he says. “Interstates’ Grain Management Automation service gets to the core of what grain facilities need. It’s the basic automation someone would need to run their facility from a single point,” says Neal.

Adding extras like slowdown devices and bearing temperature monitoring can be the next steps for grain facilities exploring automation, but going from push-button controls to automated processes is the best first step. “Everyone gets nervous about change,” says Neal, “but every company that goes to automation says, ‘I wish I would have done more.’ They immediately see how it benefits them.” 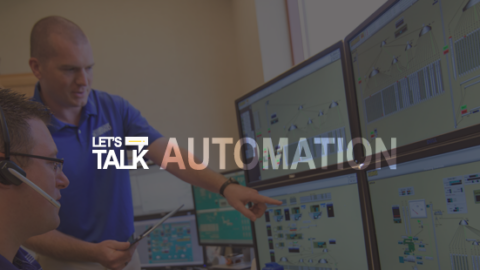 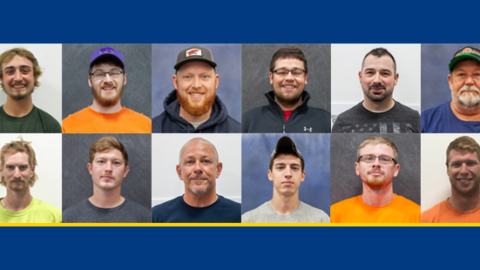 Interstates holds apprenticeship classes year-round, and in the last six months, we are proud to report that we have had four classes graduate. We also… 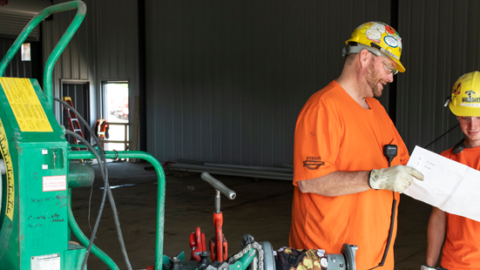 One of the things I have come to appreciate during my career at Interstates is the amount of time, energy, and money that we invest…