For the last 16 years, members of the IEEE and NFPA 70E have been working to revise and improve IEEE 1584 – IEEE Guide for Performing Arc-Flash Hazard Calculations. The updated standard is still being finalized but will be released soon. 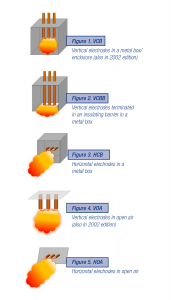 If you have questions about the new calculations or need to update your arc flash study contact us at 712.722.1662.