Interstates’ Manhattan, KS regional office has been busy working on one of its largest projects to date – a 180k-square-foot processing facility for Velva, ND-based Dot’s Pretzels. The greenfield facility features office and warehouse space along with new processing lines used to season, process, and repackage pretzels for consumer purchase.

While Interstates’ initial scope only included providing conduit and wiring for the project’s process portion, the work grew to include engineering and instrumentation services. According to Britton Hulme, Project Manager at Interstates, “We had the opportunity to bring more of our services to the project to serve the client and meet their needs better. In addition to construction, we involved our programming and engineering services to design and build a programmable logic controller to facilitate the bulk oil management system. This also included designing, procuring and installing the necessary instrumentation.”

With several changes and additions throughout the project and working with multiple specialized equipment vendors, Interstates had to be nimble. “We worked closely with the client’s engineers and techs to identify issues and gaps, ultimately providing many of the solutions needed to get the project rolling and commissioned. This is a good example of the flexibility a local, regional office can provide,” says Hulme. It was also a chance for the field leaders to learn and utilize Interstates’ internal tracking systems. “Using our systems to track equipment lists and scope changes was a huge benefit. Other companies who aren’t as thorough with their tracking would have had a much harder time on this project,” says Dalen Meier, Regional Manager at Interstates.

The most apparent problem of 2020, the COVID-19 pandemic, contributed to material delays. “We haven’t been able to get our materials as quickly as we should. A seven- to ten-day lead time turns into a three-week lead time,” says Jeffrey Kellogg, Foreman at Interstates. With the material delay, Interstates utilized building information modeling (BIM) to create an exact 3D installation plan. This allowed for quick and accurate install when the material arrived, allowing the schedule to be met.

While using a 3D model was new for Dot’s Pretzels, Interstates’ Virtual Design and Construction (VDC) team has a wealth of experience. “We originally used the 3D model to show our intended routes before installation. During the model’s initial walkthrough, a couple of items were caught and rerouted that alone paid for the modeling investment,” says Hulme.

The model was used to prefab a large portion of the project, which ultimately led to a more efficient installation. The time saved was significant. “We were able to pipe in the whole processing side in a matter of weeks instead of a matter of months,” says Kellogg.

Hulme sees the VDC work as the biggest win on this project. “It shows the value we can provide on projects. The client felt the model was a huge success, and we hope to use this service on their next project and even take it a step further by integrating vendor equipment in the model before it’s onsite to expedite installation,” says Hulme. He adds, “As always, the success of a project can be attributed to the hard work done by the people in the field. Without our team putting in the work on-site, these successes would never be possible.”

As work on this processing facility wraps up, Interstates is looking ahead. “We are building really good relationships with the companies involved on this project,” says Kellogg, “and we hope to continue working with them in the future.” 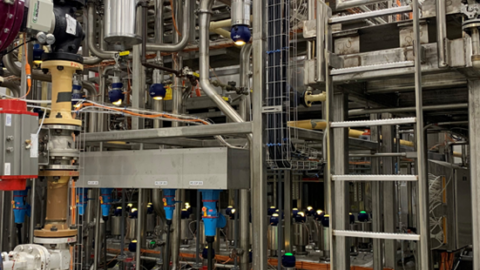 Leaning in at a Pea Protein Facility

We recently completed a facility overhaul for Minneapolis-based PURIS Proteins in Dawson, MN. In addition to electrical construction and engineering, we provided programming, start-up, and commissioning solutions to maintain important dates and… 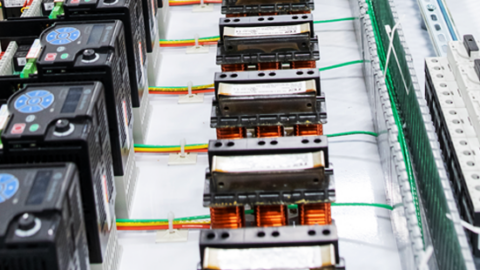 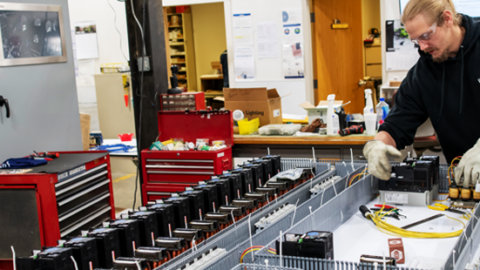